Established in 1992 as a state-owned enterprise, ALBCONTROL manages the airspace for civilian users of Albania in compliance with all the international standards of air navigation. Because of the country’s historical isolation, at first the company dealt with little more than six aircraft a day, but today ALBCONTROL handles nearly 1,000 daily overflights and boasts some of the most modern technology available in air traffic management. With tourism on the rise, new opportunities are opening up for investment in aviation

You took up the post of director general in January 2019 (being part of the company since 2013 as economic director). What have been your biggest achievements so far?

ALBCONTROL, Albania’s air navigation service, was established in 1992 as the National Air Traffic Agency, and because of our past isolation, the first civilian aircraft did not fly over Albania until 1989. Yet in less than 30 years, ALBCONTROL has become one of the best companies in the country, contributing safety and good services to the aviation network. Aviation is not a country-based business, it is an international business, and it doesn’t matter if an aircraft is flying over Albania, the UK or France because the standards are the same everywhere. Knowing that, we’ve set up our resources and technologies to support Albania’s needs, and we have done it in record time. At first, we had very basic infrastructure: just a radio, untrained and unlicensed air controllers, and only six aircraft a day. By 2018, however, we had reached almost 1,000 overflights per day, and to manage this successfully requires human resources, capital and technical capabilities. I am proud to say that today, ALBCONTROL has some of the most modern technologies in air traffic management.

How does the European Union accession bid affect the company?

Albania is aiming to become a member of the European Union, which will require much regulatory adaptation. In many fields, Albania is trying to reach its objectives, but in aviation we have, so that we can say that in terms of air traffic control, we are already part of Europe. The Single European Sky sets standards that are applied throughout Europe; we need to be certified according to EU Regulation 1035, and we did that in 2015. And if you check with the International Civil Aviation Organization (ICAO), you will see that in terms of air navigation services, Albania rates seventy-plus percent which is higher than average. This proves that we are providing very good, safe services.

Thirty years ago, we knew nothing about air traffic control or navigation surveillance, but today our colleagues are training people from other organizations

What specific investments has ALBCONTROL made to enhance air space security and other improvements?

There are two. The first one is the big government program introduced in late 2002 and completed in 2012, which implemented a new air traffic management system by Lockheed Martin and built a new air traffic control building, one of our biggest projects to date. The system was upgraded during 2016 and 2017 with contemporary requirements of the sector. But our human resources are our biggest investment. Today you can have the best technology in the world, but if you don’t have the right people to operate, maintain and develop it, you are going to have problems.

Secondly, ALBCONTROL has invested in the best technical and operational capabilities in the region. We have controllers who have been trained abroad, mainly in Western countries like the UK or Sweden, and who are certified according to the latest regulations. We have engineers who are also licensed even though this is not a requirement; they’ve gone through an extensive training program to gain not just the know-how they need for the present but also for the future. What I’m saying is that 30 years ago, we knew nothing about air traffic control or navigation surveillance, but today our colleagues are training people from other organizations. Albanian air control has been transformed from an organization that needed training to one that is now able to train others. This is a very significant change.

What new initiatives are you involved in to keep improving?

This is an expensive business because you need to ensure that the aircraft will be safe at all times, which means that the technology we are using needs to incorporate backup, redundancy and other elements. There is a trend toward cost efficiency while keeping services as safe as they are today. We are involved in pan-European projects and using technology called GNSS (Global Navigation Satellite System) which employs satellites and is much cheaper than conventional equipment. So we are starting to implement this concept of cost efficiency by using, integrating and contributing to the pan-European network.

How have you been able to attract young talent?

We focus on selection and training, those are the two keys to our success. We have just finished the process for recruiting 10 new traffic controllers and had around 300 applications for the openings, which is a good sign. We did this process involving high-level expertise provided by Eurocontrol.

Half of Albanians are living in Albania and the other half are living abroad. This provides a big business opportunity for someone who can provide low-cost flights

How has the potentiality of joining Europe impacted your work here?

In air traffic control, I don’t think it will have much of an impact. There will be an impact on other sectors of the economy because you will need to change the rules and transpose EU regulations, but in air traffic control we have been doing that since the beginning, always keeping to international standards with every new step that we’ve taken.

What is the importance of your work here to project an image of safety of the Albania airspace and to attract the best names in the airline industry?

Since 2014, the tourist arrival figures in Albania have been increasing between 40 and 60 percent annually, which means more airplanes are using our airport and aviation needs to be ready for the day when more aircraft will come here. Aviation needs to be on top of this, working closely with other organizations in order to know what to expect in advance in terms of the need for infrastructure. With that kind of picture, we can reorganize our airspace, our airport and our equipment. This is the best way to show the world that we are a safe destination that is ready, by achieving zero delays on landing and departing flights, and by having no air traffic incidents or accidents. These are good indicators for airlines.

Will increased flight volumes pose a challenge for air safety?

If the volume of aircraft rises, so does the risk of collision, so we need to increase capacity while keeping an eye on safety. The question of how safe we are and how we can remain at least equally safe in the future is a key issue. For us, safety comes first. And we are not just talking about passengers but also about cargo. There are many kinds of users of our air space – charter flights, low-cost flights, military flights, and one day we will probably have drones as customers as well. Any person or group of people have the right to use the air space, and our business is to include them, not to exclude them. But for that, you need the right kind of infrastructure. 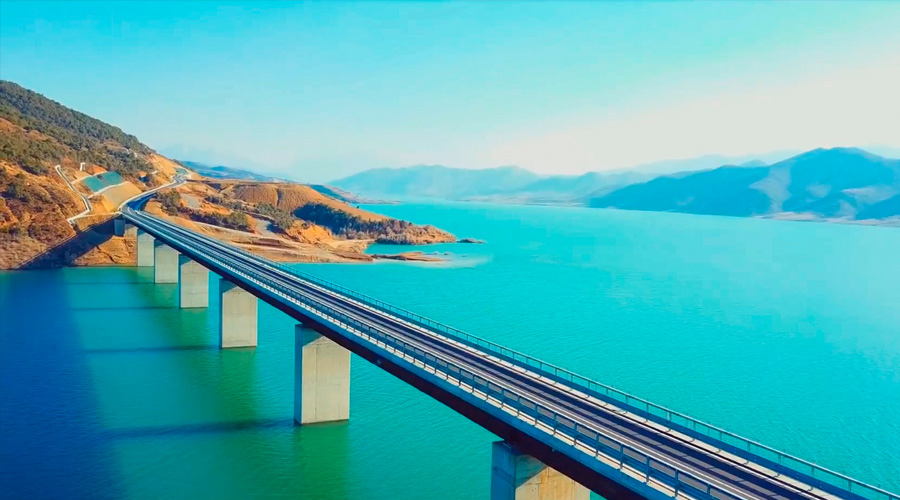 Albanian aviation seems to be on the brink of transformation; Air Albania is coming soon and there are plans for new airport construction. What is ALBCONTROL’s role in this new scenario?

Our role is to provide the required infrastructure at the airports so the operators can operate safely. It’s going to be a very challenging time because of the increased need for communication, surveillance, navigation, trained personnel… The time has come to consider all this because when the airport is ready to operate, air control should be ready as well.

What makes this sector interesting to foreign investors?

I have seen the strategy for air transportation, and there are plans for Albania to service the main capital cities of Europe, meaning that there are at least 15 capitals which Albania will have access to. You also need to consider that half of Albanians are living in Albania and the other half are living abroad, which means there are Albanians everywhere in Europe who have very close ties with their families. Last year, they spent up to €700 to come visit their relatives in the summer. That means, for instance, that a family of four people spends almost €3,000 to come from the UK to Albania. That is not fair because I have flown from the UK to Barcelona and paid only €50. There is a big business opportunity here to offer something similar on flights to Albania, and if you find the way to do that, the low prices will attract more people and make them come more often, twice a year instead of once, which also means more business for restaurants, stores, and so on. And more foreigners will also come, attracted by the things that Albania has to offer and the good prices. In this sense, we can contribute to the economy.

What would you say about air control to a German audience?

European airspace is a continuum airspace and German passengers, as well as all European passengers, may fly everywhere based on their needs. ALBCONTROL ensures that airspace belonging to us is and will remain safe. We will do our best to accommodate their needs in time at an affordable cost.

Related Interviews
Director General - ALBCONTROL
This site uses cookies for analytics, personalized content and ads. By continuing to browse this site, you agree to this use.OKREAD MORE