The Tirana International Hotel & Conference Center is located in Tirana’s most iconic plaza.

Founded in 1993 as democracy established itself in Albania, Geci’s development has reflected and addressed the needs of the nation. In its beginnings, its sole concentration was infrastructure, and it has gone on to develop and maintain many of Albania’s most important roads and bridges. Each year, the company grew steadily and according to Geci’s owner, Ram Geci, each year, the company’s relationship with the government likewise improved. Today, Geci has a full range of machinery, more than 200 vehicles and up to 500 employees. 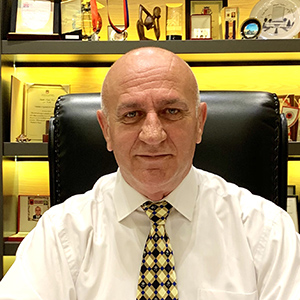 An early identifier of the huge potential in Albania’s tourism sector, in 2004, the company became one of the shareholders of the Tirana International Hotel & Conference Center, the largest facility of its kind in Albania. Then, in 2011, it bought out the rest of the shares, becoming the 100-percent owner of the four-star hotel that boasts space for events and conferences, a gym, spa services, a sleek bar and two restaurants, all in the heart of Albania’s capital city.

This year, construction will also begin on Geci’s €50-million five-star hotel that will have more than 200 rooms and is set to be finished by 2023.

Related Articles
FOCUS ON GECI LTD
This site uses cookies for analytics, personalized content and ads. By continuing to browse this site, you agree to this use.OKREAD MORE