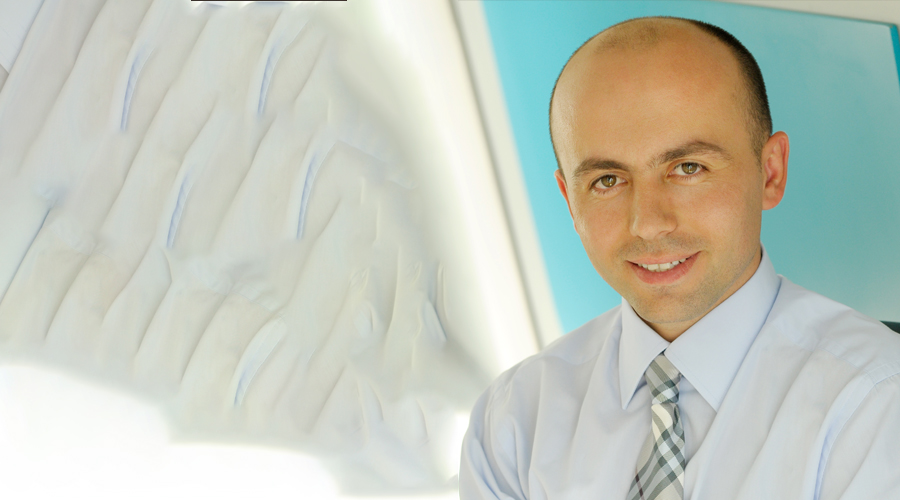 The American Hospital of Albania was established in December 2006 as the first private hospital in Albania. The hospital started its activity serving patients with cardiac problems inside and outside of Albania, and the percentage of patients leaving Albania to get treatment abroad declined by 85 percent in the first year alone. Since then, it has expanded its focuses and specialties and expanded its presence in both Albania and Kosovo. Its next major goal is health tourism. Already, several medical procedures including successful IVF treatments are attracting people from all around Europe, but over the next five years it intends to further focus on growing that sector

The American Hospital of Albania has grown significantly over the last 12 years. Could you walk us through its history and development?

American Hospital was established in 2006 out of the necessity to provide more services than were being offered in Albania at the time. The public Albanian health care system could not fulfill the needs of Albanian citizens and most of them were traveling to the nearest countries for possible solutions to their issues. At the time, we also had visa limitations, which even further narrowed the possible selection of hospitals. Most patients were traveling to Turkey, where no visa was needed, and mostly for heart issues, which is a very time-sensitive treatment. However, Albanian citizens faced big difficulties there, from the language to being foreign and not fully understanding procedures and manners, to the lack of post-operation follow up.

In the beginning, our focus was cardiology and cardiac-surgery to fulfill the existing gap and the immediate need for this medical service. We had international doctors combined with the best locals and technology available at the time. In less than a year after the inauguration, we had our first big success: our team performed a myocardial surgery and coronary angiogram for the first time in Albania’s history. Since then, we have performed more than 9,500 successful open heart surgeries. Albanians do not need to travel anymore.

We had another success story in our first year – the first kidney transplant ever done in Albania. Now, we have done more than 80 successful kidney transplants and have three dialysis centers with 381 occupancy spaces. If you think that 15 years ago, patients with renal insufficiency were predestined to die or at least live in another country, American Hospital in collaboration with the Albanian state institutions has made it possible for these patients to extend their longevity far beyond previous expectations.

In 2009 and 2010, we expanded within the country. Fier and Durres, two of the largest cities in Albania, were chosen for American Medical Diagnostic Centers. In 2011, we inaugurated our second hospital in Tirana, focused on gynecology and in vitro treatments. Our IVF department has the highest success rate in the region and now has patients from all over Europe. We have set records in the field, with the oldest Italian patient, who at 62-years-old managed to have a successful pregnancy and baby with the help of the Albanian IVF team. In 2012, we continued to expand – opening our hospital in Pristina, Kosovo because Albanians there were facing the same problems that Albania had been previously. In 2013, our team performed the first successful liver transplant in Albania on a 34-year-old patient. Then, in 2017, we inaugurated our third and biggest hospital in Tirana – American Hospital 3, a 25.000 m2 space with more than 100 private patient rooms, with five operating theaters and a very modern intensive care unit.

American Laboratory Network, ALNET, is part of our success story. As a hospital, we know the importance of a laboratory and the need to have accuate analysis. A proper diagnose is the first step to proper health solutions. With the widest range of medical lab exams, our laboratory network is the only one in Albania certified by ISO15189.

Another one of our points of pride is the Oculist Center, the only one in the country that can perform corneal transplants and treat eye cataract issues, damaged retina, glaucoma and more.

Today, thanks to very intensive work, American Hospital is the most powerful private health institution in the market and fulfills all the needs of Albanian citizens and others.

Today, thanks to very intensive work, American Hospital is the most powerful private health institution in the market and fulfills all the needs of Albanian citizens and others

As CEO of the American Hospital, describe your main challenges so far in this role and priorities for the upcoming year.

As a CEO and managing director, I have dealt with many challenges. To begin, we had to gain the trust of our patients and the trust of government institutions. We also had to build a strong and sustainable brand and revolutionize the health care system, which was all managed successfully thanks to the hard work of our people.

Our priorities for the upcoming years are to improve our services and become better. Concretely, we want to gain accreditation from the Joint Commission International (JCI) and become a reference point for healthcare systems in the region.

American Hospital was funded by the Southeast Europe Equity Fund II (SEEF II) and received investment from foreign investors including the European Bank for Reconstruction and Development. How was this investment mutually beneficial for both Albania and investors?

In Albania, our hospital was a pioneer of the private health care system and modernized the whole industry. We have more than 2,700 professional health care staff and we are now one of the biggest employers in the country. We have eased the lives of our citizens and brought into the country the best international expertise, from whom the local staff has been trained and learned. This investment has certainly proved to be beneficial for both our country and the fund.

In 2018, the American Hospital acquired Greece-based Hygeia Group’s Albanian centers for €1 million plus the liabilities of the hospital. What are your thoughts on the importance of that move?

In 2008, the opportunity to acquire Hygeia Hospital was presented to us. The Hygeia hospital was not performing well financially, and the shareholders wanted to leave. We had a success story of our own in terms of hospital management and felt we were well equipped to manage this big investment. So, together with the board we took the opportunity and used it in our favor. The Hygeia Hospital, now called the International Hospital, is part of the American Hospital Group. This move strengthens our position in the market.

Travel and tourism is a $1.24-billion industry in Albania and is growing by 6 percent annually. It is expected to become a $2.1 billion industry by 2028. What are your thoughts on the potential for developing medical tourism as a niche segment?

Our vision and strategy for American Hospital for the next five years is to focus on health tourism and the opportunity that this industry offers. American Hospital has expanded during the last years and now, we can cover not only the needs of Albanian people living in our country but also offer services for the whole region. We have witnessed continuous growth of European customers choosing Albania and our hospitals for specific treatments like IVF, plastic surgery, dental care and other orthopedic surgeries.

Why might a German tourist visiting Albania who has a medical issue choose this hospital?

A German citizen should consider and chose American Hospital for his or her medical treatments because we offer the best service in the country of all the private health institutions. We have the best doctors who use the latest technology. American Hospital complies with international standards and nothing differentiates us from any other hospital in Europe. Any patient that was treated in American Hospital would choose this institution again. We have a high satisfaction rate both with our local patients and those who come from abroad.

In 2017, The Tirana Chamber of Commerce and Industry awarded the hospital with a prize for leading the country in terms of quality, technology and professionalism. What do you think is behind your success?

Behind our success story are our people. Our doctors, nurses, staff and everyone who is dedicated to perfection and offering the best possible service. Another key to our success was that the investment was made at the right time and with the right resources so that now we can provide local solutions with the latest technology. Behind our success is the commitment that we made 12 years ago to offer Albanian patients a correct and professional private health care system. 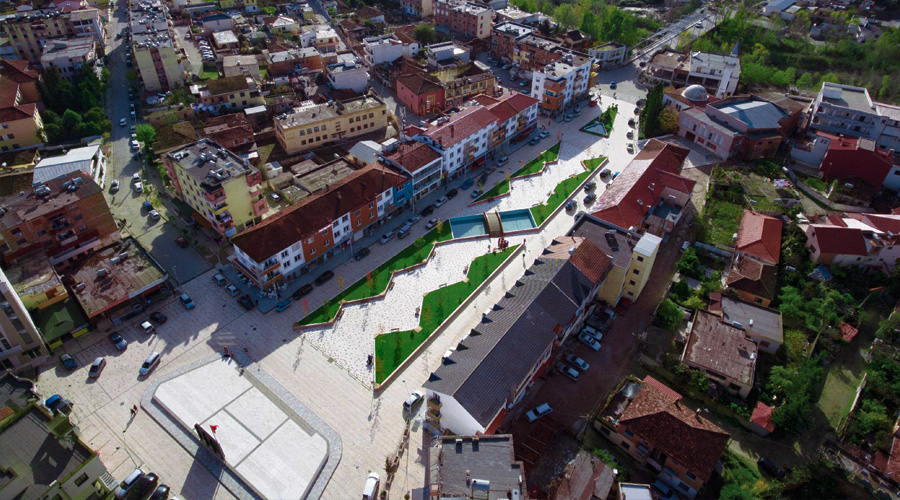 American Hospital is composed of both local and foreign experts. Are there opportunities to increase collaboration with German doctors?

That is true, our hospital has an international staff with Greek, Italian, Turkish, American and Austrian doctors. We did, in fact, have a German surgeon as well for a few years. We are always seeking opportunities to expand our collaboration network and bring in new experts from all over the world. The opportunity to collaborate with German doctors was narrow, but it’s something that we are inquiring into and exploring.

What would your final message be to our German audience?

Our goal and strategy for American Hospital for the upcoming years is health tourism. We invite the German audience to visit Albania for its beautiful nature, the mountains and the blue seaside, for the traditional food, for the hospitality, which is one of our great assets, and also consider our health care service for specific treatments, which are up to international standards but with lower and more acceptable costs.

Related Interviews
CEO - American Hospital Albania
This site uses cookies for analytics, personalized content and ads. By continuing to browse this site, you agree to this use.OKREAD MORE